My bra is awesome. I really can't say that enough. There is literally no bounce when I run. Zero bounce! Do you know the last time I could move without my boobs also moving? I was twelve. Countless "sports bras" later and I had basically given up hope that I would ever find something to strap my DD puppies down. Lo and behold I have finally found it: the Shock Absorber Run bra. My holy grail of bras. There is nothing worse than running (or indeed walking) around with an uncomfy, non-supportive bra on. Now I can smugly run around knowing that while I do, everything stays in its place. 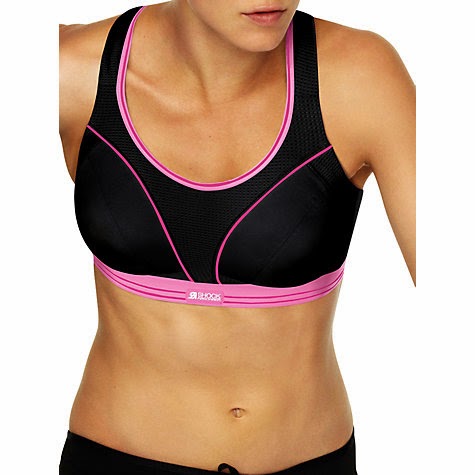 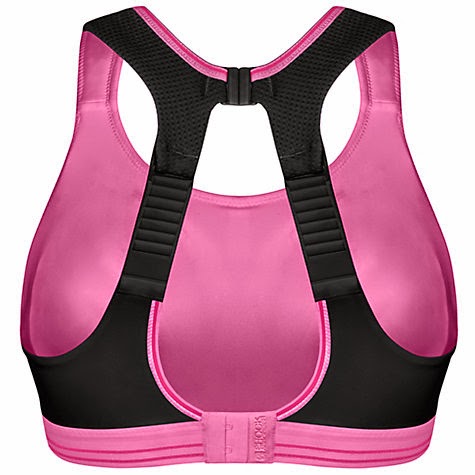 (This is definitely not my stomach by the way, although my boobs are way more awesome than hers.)

See? Isn't she (the bra) glorious? No pointy wires that stab you, some extra heavy duty straps which don't dig in and a little bit of pink to keep me feeling girly. Love it.

Now, we've all at one point or another stuffed something down our bras: money, ID, another bra... so obviously, when faced with the dilemma of where to keep my music when running my mind went straight to my bra. I don't have a bumbag and the pockets in my trousers are far too small for both my music and my keys. With this in mind I decided to conduct an experiment and went for a run with my mp3 inelegantly stuffed down my cleavage. I attached a lanyard to it just in case the bra plan failed me mid-run but I have to say, so far I haven't had any mishaps. My mp3 player nestles snugly in there and I don't even notice it! This is nigh on miraculous for me and only adds to the many brownie points this bra is earning with me. I do hope that my mp3 player is at least slightly damp-resistant though cause you know, sweat is a thing that happens.

I should mention I haven't been asked/paid by anyone to write about my bra,  I am just genuinely this excited by it. Sad, I know.
Posted by Unknown at 17:59